Banal, mundane, and dreary. Something needs to be done about the writing of Clark Ashton Smith — and I’ve tried to do it. The problem seems to me that the writing of CAS has been Roman in the gloamin’: that is, its twilight mystery, touched with Grecian glamor, plods across the page in the Roman alphabet, which is highly functional, but aesthetically unadventurous. Has any edition of CAS in English tried to match the beauty and complexity of the text with the beauty and complexity of a font? Not to my knowledge. Calligraphy, in the wider sense, is peripheral, at best, to English literature and and even the hyperlogomania of a book like Finnegans Wake takes place on a highly restricted graphological stage. Imagine what Joyce could have done with other alphabets, other ideographies, to stir into his mad meadish Sternen-stew of polyglossemanticity! And imagine CAS printed, or hand-written, in a script that reflects something of the beauty and complexity of his language. The beauty and fluidity of Georgian or Arabic would suit his tales of Zothique, for example; the complexity and density of Devanagari or Tamil would suit his tales of Hyperborea: but best of all would be a script invented specifically for CAS.

I haven’t supplied that, but I’ve tried to point the way with what I call a CAS-Whole, or porphyropolyhedric tribute to Clark Ashton Smith. It consists of a dodecahedron of paper and purple matches that uses four invented scripts to capture the opening lines of five of CAS’s best stories. In Plato’s cosmology, four of the regular (or Platonic) polyhedrons — the tetrahedron, the hexahedron, the octahedron, and the icosahedron — represent the four elements of which the universe is composed. The final regular polyhedron, the dodecahedron, represents the universe as a whole.[1] Hence, “CAS-Whole”. The purple matches — creating a porphyro-polyhedron — recall CAS’s words in The Black Book: “Strange pleasures are known to him who flaunts the immarcesible purple of poetry before the color-blind.”[2]

The dodecahedron itself, consisting of twelve regular dodecahedrons, is replete with the golden ratio, long regarded as of special significance in aesthetics.[3] One face is entirely black and might be called panglossic, representing all possible scripts in all possible languages; another, on the opposite side of the CAS-Whole, is entirely white and might be called an’glossic, representing silence and the blank page. Between the two, in a kind of “Goldilocks zone” between too much meaning and too little, are ten faces enscribed in four invented scripts with the opening words, in English, of five of CAS’s stories. Eight faces use a single, unadulterated script of the four, spiralling to the centre; two faces combine the four scripts. Given that the scripts are used for standard English, the stories can all be deciphered with a little effort and ingenuity. We are used, when reading in our mother tongues, to understanding with little effort and ingenuity, so the CAS-Whole might be regarded as a reminder of something we should not so carelessly take for granted. Furthermore, like all the Platonic solids, the dodecahedron can serve as a die, so the CAS-Whole reflects those central CASean themes of chance and fortune. Due to my ineptitude and impatience, not all of the faces are good regular pentagons, but that too can be woven into the symbolism of the CAS-Whole. The dodecahedron is not perfect, but I am not CAS and perfect dodecahedra do not occur in nature. Nor will the die roll true: fortune is biased.[4] Critics have pointed out that almost all CAS’s stories about death, so I hope that, imperfect as it is, one might say of the CAS-Whole: “It’s only rot’n’roll — but I like it.” 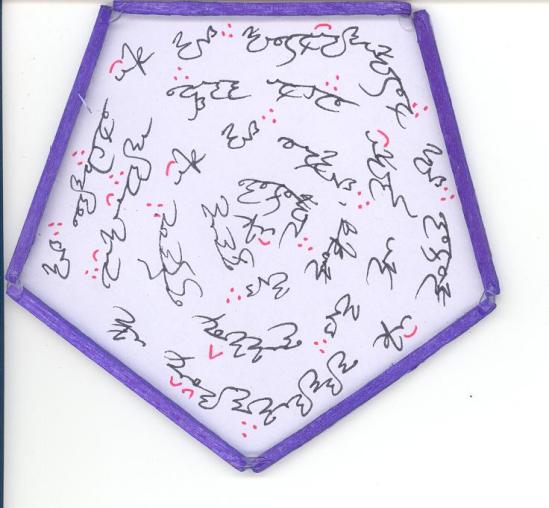 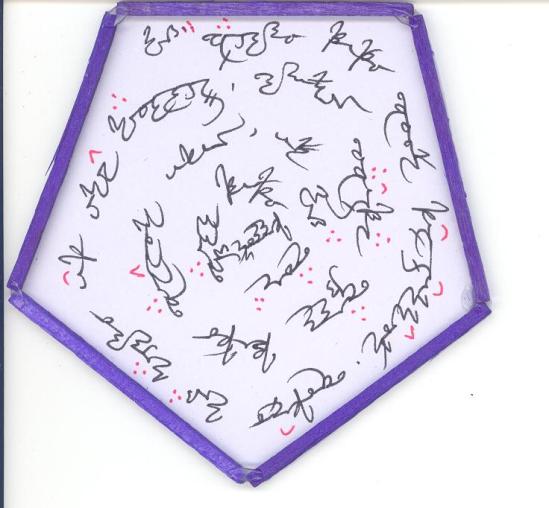 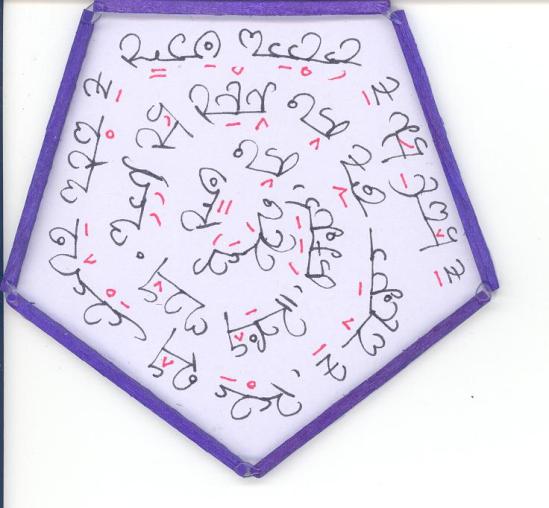 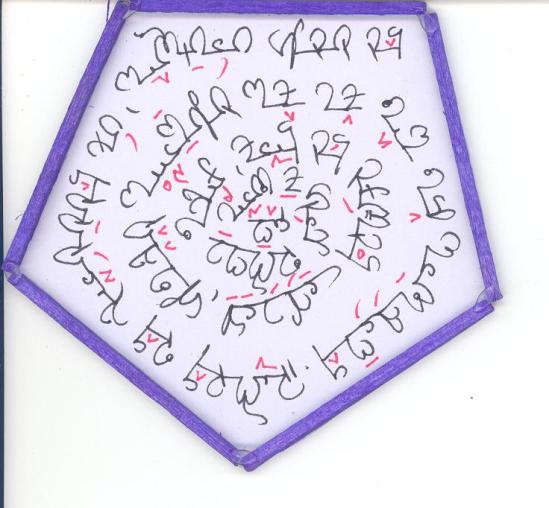 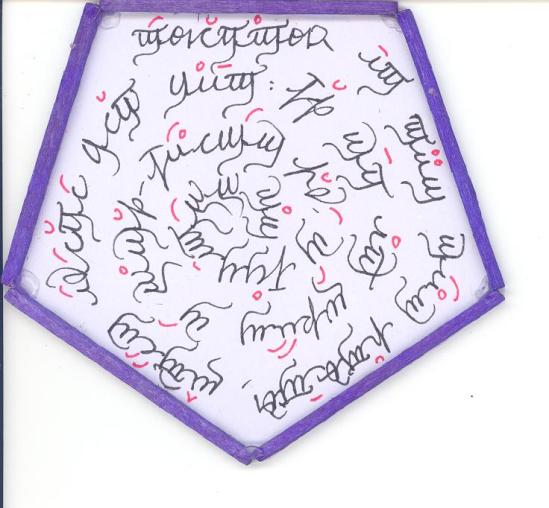 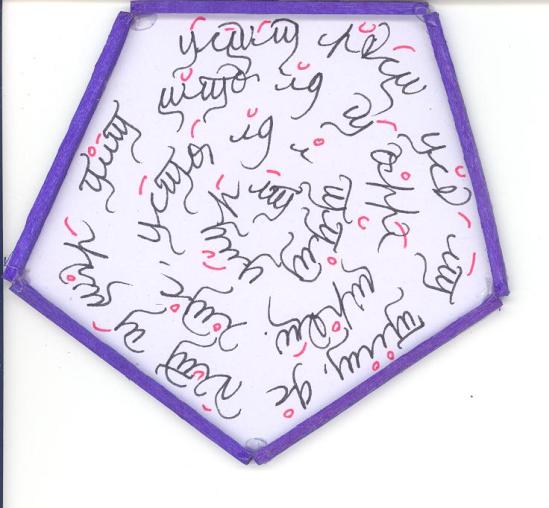 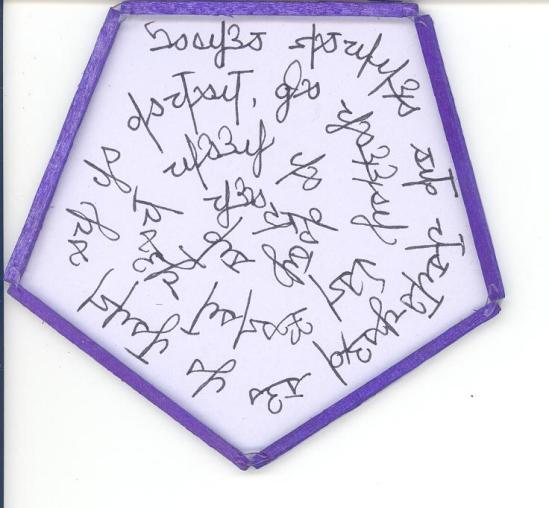 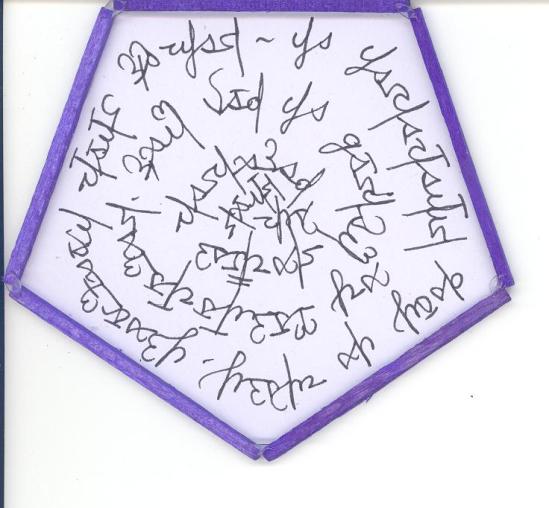 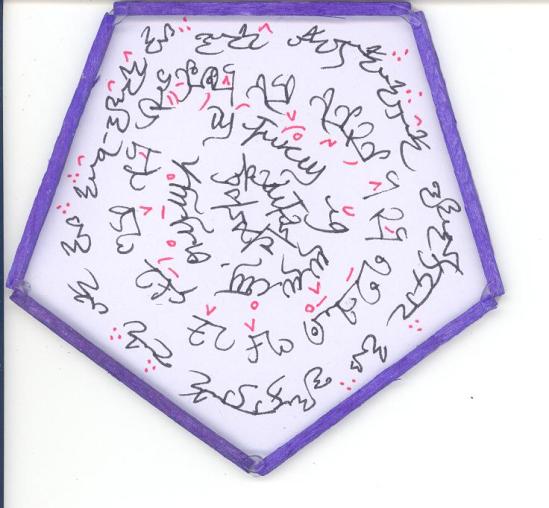 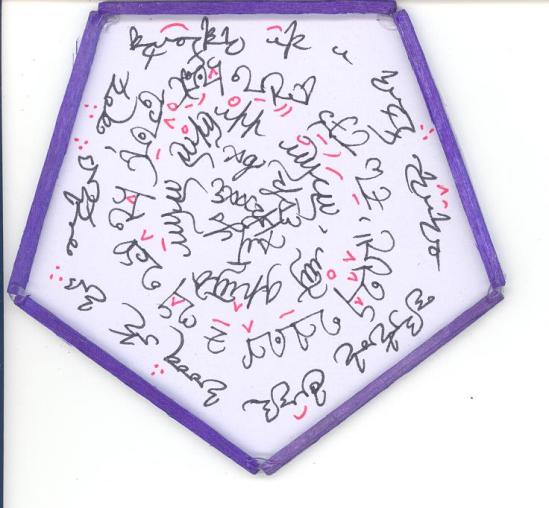 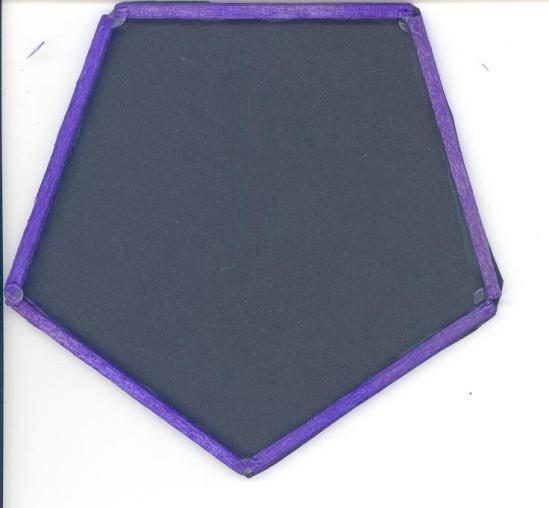 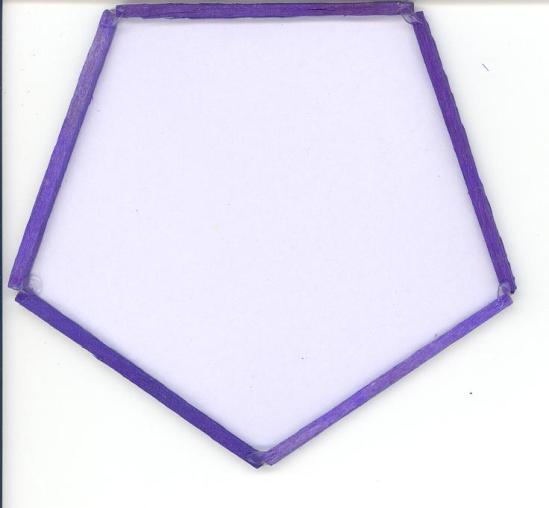 1. “There still remained a fifth construction, which God used for embroidering the constellations on the whole heaven.” Timaeus, c. 360 B.C. See http://www.ellopos.net/elpenor/physis/plato-timaeus/triangles.asp?pg=3

3. For more on the golden ratio, or golden section, please see http://www.maths.surrey.ac.uk/hosted-sites/R.Knott/Fibonacci/phi.html

4. A biased coin can be thrown “fair”, using a simple technique that can be adapted to a biased dodecahedron. Suppose a coin is much likelier to land heads than tails (or vice versa). Simply toss it twice. If it lands HH or TT, toss again. Otherwise, use the first of the two throws: simple probability will prove that even on a biased coin, HT is as likely as TH. Similarly, for a a biased dodecahedron, roll it twelve times. If any face repeats during the twelve rolls, roll twelve times again. When you have a sequence of twelve different faces, choose the first face. Based on my (far from reliable) caculations, there are 8,916,100,448,256 ways to roll a dodecahedral die twelve times, of which 479,001,600 contain no repeating number. One would therefore have to roll the die 18,614 times, on average, to produce a sequence in which no number repeats.