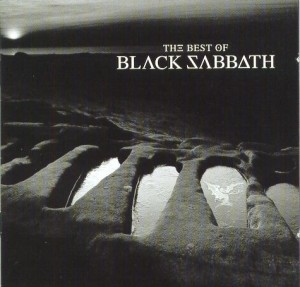 In the Christian religion, the resurrection follows the virgin birth. In the rock-graves at Heysham, the virgin birth follows the resurrection. Or rather: the virgin-births follow the resurrections. There are many of both. The rock-graves at Heysham* are carved in solid rock near the remains of St Patrick’s chapel, an ancient ruin overlooking Morecambe Bay on the coast of Lancashire in England. You may have seen them before, because they appear on the cover of a compilation album by the heavy-metal band Black Sabbath, where they’re filled with ice and look suitably dark and sinister. But the graves are sometimes full of life and activity. In spring, as the rainwater filling them begins to warm, there are resurrections – dozens of them. Tiny crustaceans (a group of animals that includes crabs, shrimps and woodlice) hatch from eggs that have over-wintered in the sediment on the floors of the graves. Some of the crustaceans are called water-fleas, others are called seed-shrimps. Water-fleas, whose scientific name is Daphnia, hop through the water with jerks of their antennae, sieving it for fresh-water plankton. Seed-shrimps, or ostracods, are enclosed in tiny double-sided shells through which their legs protrude. They trundle over the stone sides of the graves, scraping off algae and catching even smaller and simpler animals like rotifers and protozoa.

Water-fleas are famous for parthenogenesis, or their ability to produce offspring without sex. Those that hatch first in spring are female and give birth without mating with any males. A single water-flea in a jar of stagnant water soon becomes a swarm. It’s only later in the year that males are born and the water-fleas mate to produce winter eggs, which sink to the floor of the graves and lie there through the cold weather. The eggs of water-fleas and ostracods can also survive desiccation, or drying-up, and can be blown on the wind to new sites. That is probably how these crustaceans arrived in the rock-graves, which they must have occupied for centuries, through the coldest winters and the hottest summers, dying and being reborn again and again. When a human being or large animal dies, chemical changes in the body make the muscles rigid and wood-like. The scientific term for this is rigor mortis, or the “stiffness of death”. Rigor mortis wears off in time and the body begins to rot. The rock-graves at Heysham are an example of vigor mortis, or the “vigour of death”. Medieval human beings created the graves to bury their dead, but the bodies that were once there have been lost to history. The water-fleas and the seed-shrimps remain, tiny, overlooked and fascinating.

*Heysham is pronounced HEE-shum and is an old coastal village near the city of Lancaster, after which Lancashire is named.