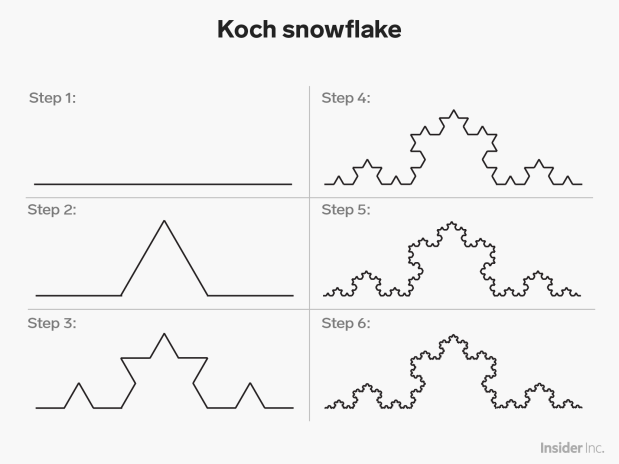 To create the Koch snowflake, you replace each straight line in the initial triangle with the seed: 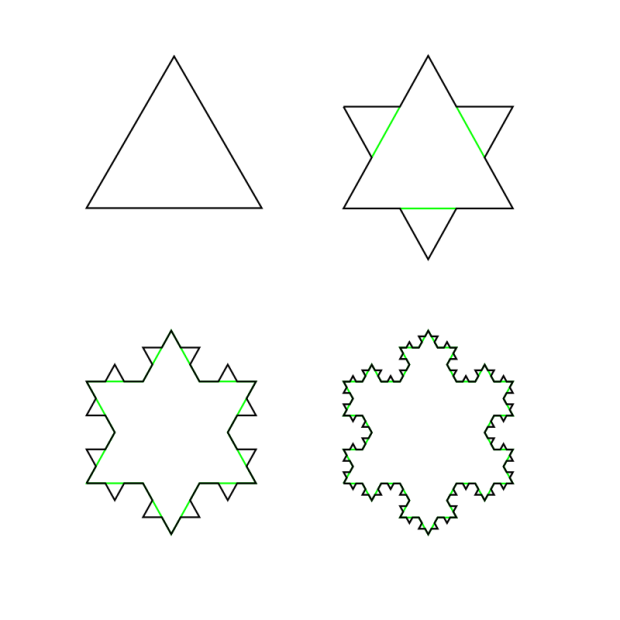 Creating the Koch snowflake (from Wikipedia)

Now here’s another seed for another fractal:

The seed is like a capital “I”, consisting of a line of length l sitting between two lines of length l/2 at right angles. The rule this time is: Replace the center of the longer line and the two shorter lines with ½-sized versions of the seed:

Try and guess what the final fractal looks like when this rule is applied again and again:

I call this fractal the hourglass. And there are a lot of ways to create it. Here’s an animated version of the way shown in this post: