I call it a horned triangle or unicorn triangle and it reminds me of a wave curling over, like Katsushika Hokusai’s The Great Wave off Kanagawa (c. 1830) (“wave” is unda in Latin and onda in Spanish). 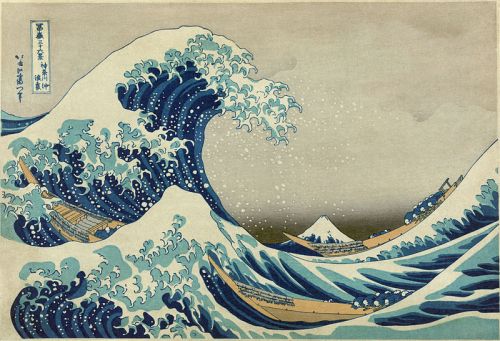 Which equals 1/3. This becomes important when you see the use made of the shape in Stewart’s book. The unicorn triangle is a rep-tile, or a shape that can be divided into smaller copies of the same shape:

Because it’s a rep-tile, a unicorn triangle is also a fractal, a shape that is self-similar at smaller and smaller scales. When one of the sub-unicorns is dropped, the fractals become more obvious: