A Light That Never Goes Out: The Enduring Saga of the Smiths, Tony Fletcher (Windmill Books 2013)

Coke, booze, earsplitting volume. Not a combination you associate with the Smiths. But it was there, as you’ll learn from this book. Towards the end, they were almost turning into Guns’n’Gladioli. Morrissey, of course, was the odd one out: he wasn’t battering his brain-cells with drink and drugs on their final American tour. But back home his Lichtmusik was also lout-music: the Smiths didn’t just appeal to bedsit miserabilists in rain-hammered humdrum towns. No, they appealed to some football hooligans too, including a Chelsea fan who didn’t mind being asked, “You still wanking off over that miserable northern poof?” as he travelled north by train to do battle with Manchester United and Manchester City, who also supplied hoolifans to the Smiths (pp. 509-10). So did football clubs in Glasgow and Edinburgh. The Smiths are easy to caricature, but the caricatures don’t capture their complexity.

Tony Fletcher does capture it: the band, their music, their fans, friends, producers, studio-engineers and record-labels. He’s definitely a Guardianista, but his prose is plodding rather than painful and he does a good job of putting the poof and his partners into context. The 1980s is one important part of that context. So are Irish Catholicism and Manchester. When you look at pictures of the Smiths, you can see two clear divisions. One of them separates the singer, guitarist and drummer from the bassist: the dark-haired, bushy-browed, strong-faced Morrissey, Johnny Marr and Andy Rourke clearly belong to one race and the light-haired, lesser-browed, milder-faced Mike Joyce to another. They’re Irish and he’s English: the British Isles are rich in language and rich in biology too. But Morrissey’s height and handsomeness also separate him from Marr, Rourke and Joyce, like his polysyllabic name. Both must be related to his intelligence, his creativity and his ability to turn himself into the Pope of Mope and become much more famous than any of the other three. Fletcher doesn’t talk about this biology – as I said, he’s a Guardianista – but it’s implicit in his descriptions of Irish settlement in Manchester and of Morrissey’s genius.

Is that too strong a word? Maybe. Morrissey is certainly the interesting and original one in this book and it ends with his story only just beginning. You can feel the tug of his later career throughout the book: it’s not discussed, but you know it’s there. But Fletcher isn’t concentrating on Morrissey and doesn’t seem very interested in Carry On and Brit-film in the 1960s, so he’s less good on what might be called the Smythos: the world created by Morrissey in his lyrics and interviews. Morrissey’s influences are better explained in Simon Goddard’s Mozipedia (2009), which isn’t just about the New York Dolls, the Cockney Rejects and vegetarianism. It has also entries for everyone from Hawtrey and Housman to Williams and Wilde by way of Sandy Shaw, Shelagh Delaney and Jobriath. No-one will ever devote an encyclopaedia to Marr like that: music doesn’t have as much meaning and metaphor in it. It has emotion and beauty instead and Fletcher is good at describing how Marr created a lot of both on albums like Meat Is Murder and Strangeways Here We Come. 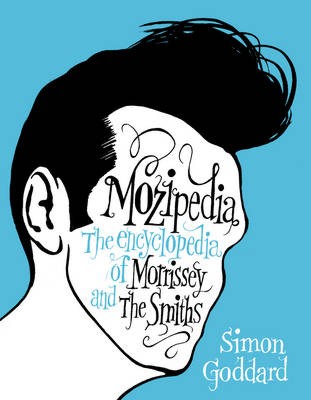 I’ve never liked him much, though. I like what he did with the guitar and in the studio, but I don’t like what he did to his body and mind. Or what he put on his body: he didn’t have Mozza’s way with weeds either. In the photos, you can clearly see Morrissey’s narcissism and Marr’s weediness. It’s no surprise that Marr smoked a lot of marijuana, preferred working at night and didn’t eat properly. But he’s weedy in more ways than the physical: there’s also a photo of him with Billy Bragg, the committed socialist behind Red Wedge. This was a collective of musicians and bands who wanted to make the world a better place by fighting Fatcher, fascism and free speech with their fantastic music. Morrissey had his lefty opinions too, but he didn’t like collectives and he didn’t scorn just Margaret Thatcher and the Queen: Bob Geldof and Live Aid got the sharp side of his tongue too. Which is good. Mozza is worshipped by Guardianistas, but he’s not a Guardianista himself.

Or not wholly. The hive-mind hasn’t been able to hum him fully into line, unlike Marr and Bragg. As for Rourke and Joyce: their politics don’t matter and the most interesting thing one of them does in this book is get stung by a sting-ray (pp. 539-40). They were competent musicians, but they weren’t essential to the Smiths. Joyce is most important for causing trouble, not for strumming his bass: first there was the heroin addiction, then the 21st-century court-case in which he sued for more money and earnt Morrissey’s undying enmity. Fletcher barely mentions the court-case and ends the book in the 1980s, with the Smiths exhausted, antagonistic and unfulfilled. They never achieved their full potential and though few bands do, few bands have had more to offer than the Smiths. The Beatles were one and managed to offer it from the nearby northern city of Liverpool. They were Irish Catholic too. But, like the Smiths, they achieved success in England, not Ireland. That’s important and the younger band captured it in their name. “Smiths” is an Anglo-Saxon word with ancient roots and difficult phonetics. It seems simple, but it isn’t. Rather like light.