distal, adj. Anat. Situated away from the centre of the body, or from the point of origin (said of the extremity or distant part of a limb or organ); terminal. Opp. to proximal. [← stem of dist- (in distant adj.) + -al, after dorsal, ventral, etc.] — Oxford English Dictionary

When a point jumps inside a triangle, moving halfway towards a randomly chosen vertex each time, a fractal known as the Sierpiński triangle appears:

Point jumping halfway towards random vertex of a triangle

But when a point moves at random in the same way inside a square, no fractal appears. Instead, the interior of the square gradually fills with a haze of pixels:

Point jumping halfway towards random vertex of a square

Now trying imposing restrictions on the point jumping inside a square. If it can’t jump towards a vertex twice in a row, this fractal appears: 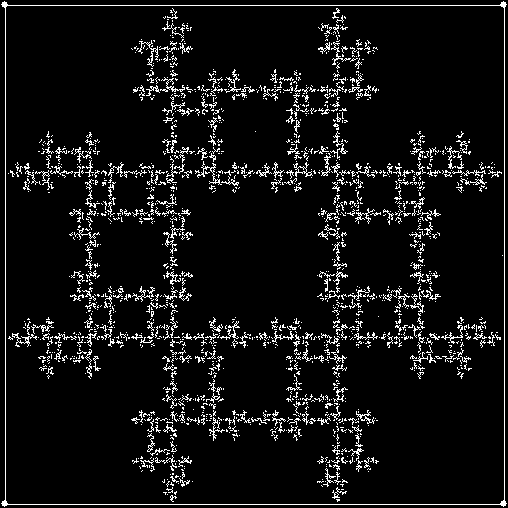 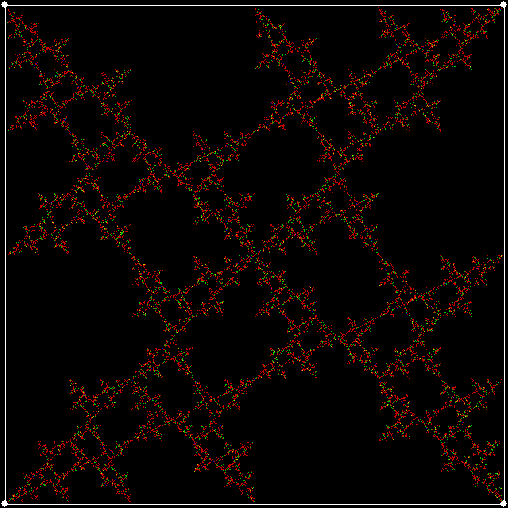 This is the fractal when the point can’t jump towards the vertex two places lower than the one it has just jumped towards: 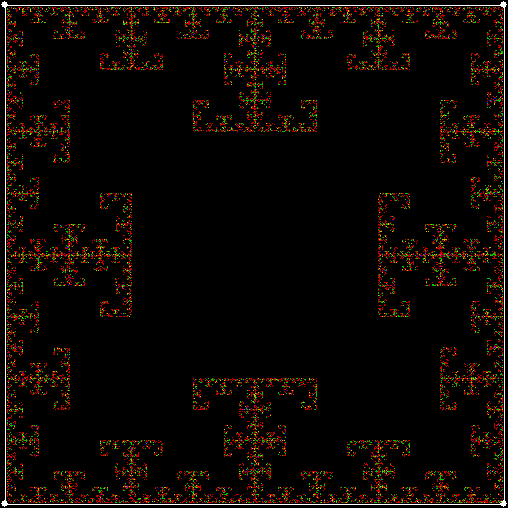 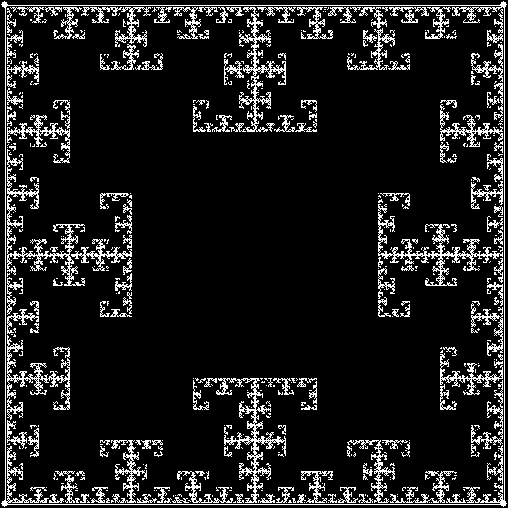 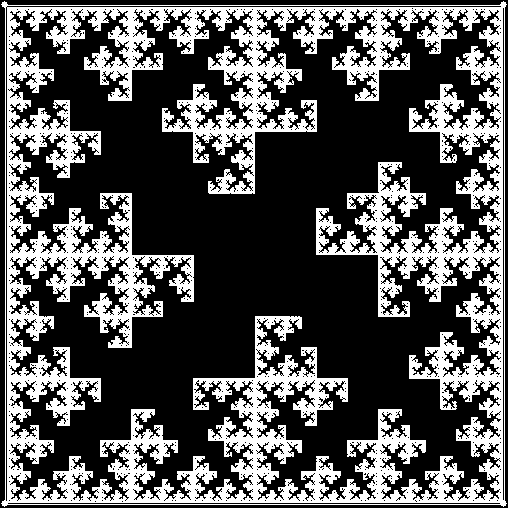 Here are some more fractals using the ban / un-ban technique: 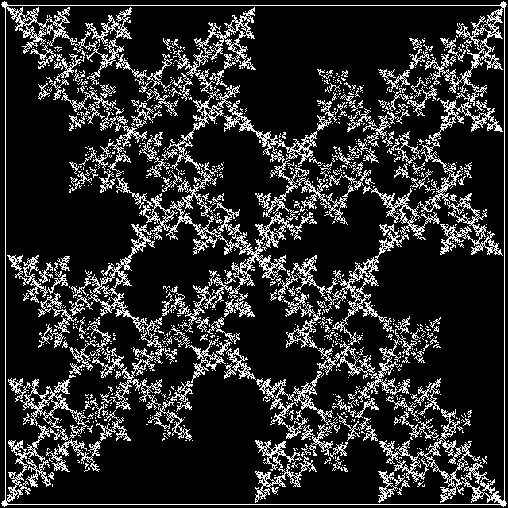 You can also impose or lift bans based not on the vertex the point jumps towards, but on the distance the point jumps. For example, take the radius r of the circle circumscribing the square and divide it into four segments, 0 to ¼r, ¼r to ½r, ½r to ¾r, and ¾r to r. When the point is going to jump towards vertex v, test whether its jump will land in the same segment, measured from the center of the circle, as it currently occupies. If it does, ban the jump and choose another vertex. Or unban the vertex if the point occupied segment s + x at time t-1. Here are some of the fractals produced using this technique:

Ban / un-ban based on distance jumped

Ban jump into segment s+0 of 4 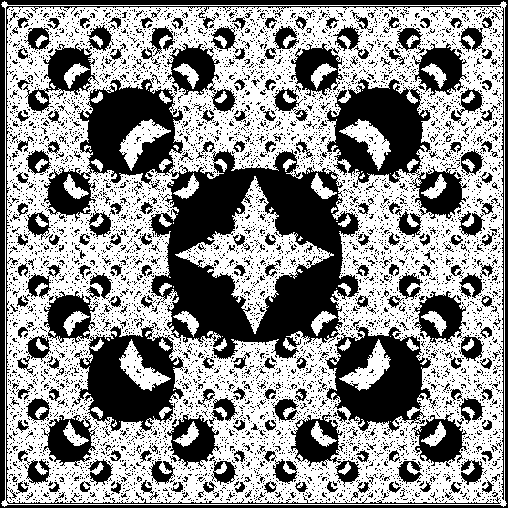 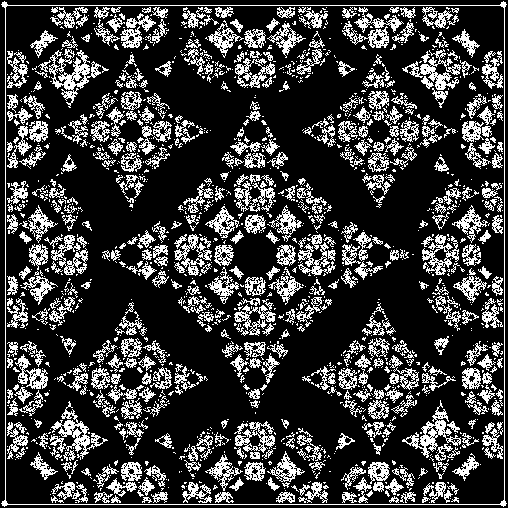 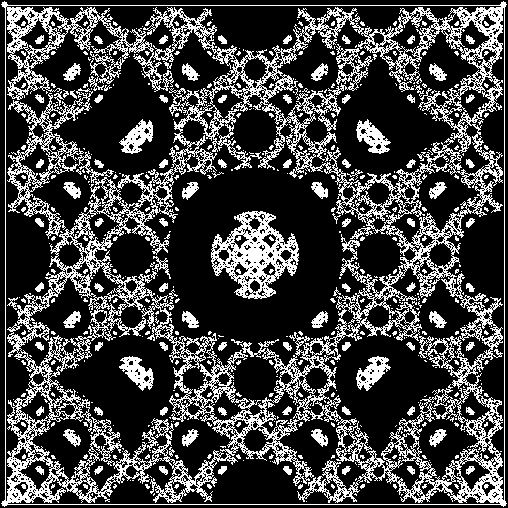 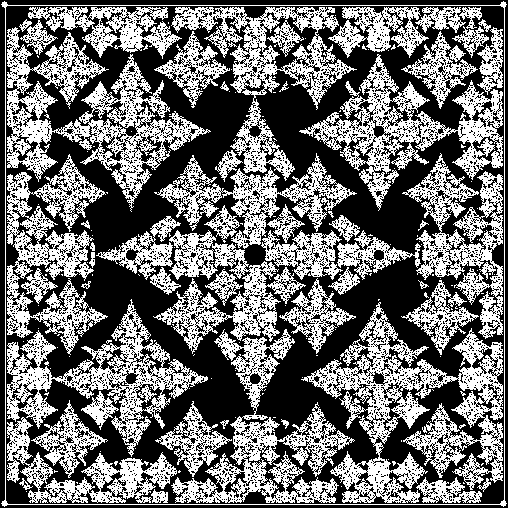 It’s easy to think of variants on all these themes, but I’ll leave them as an exercise for the interested reader.